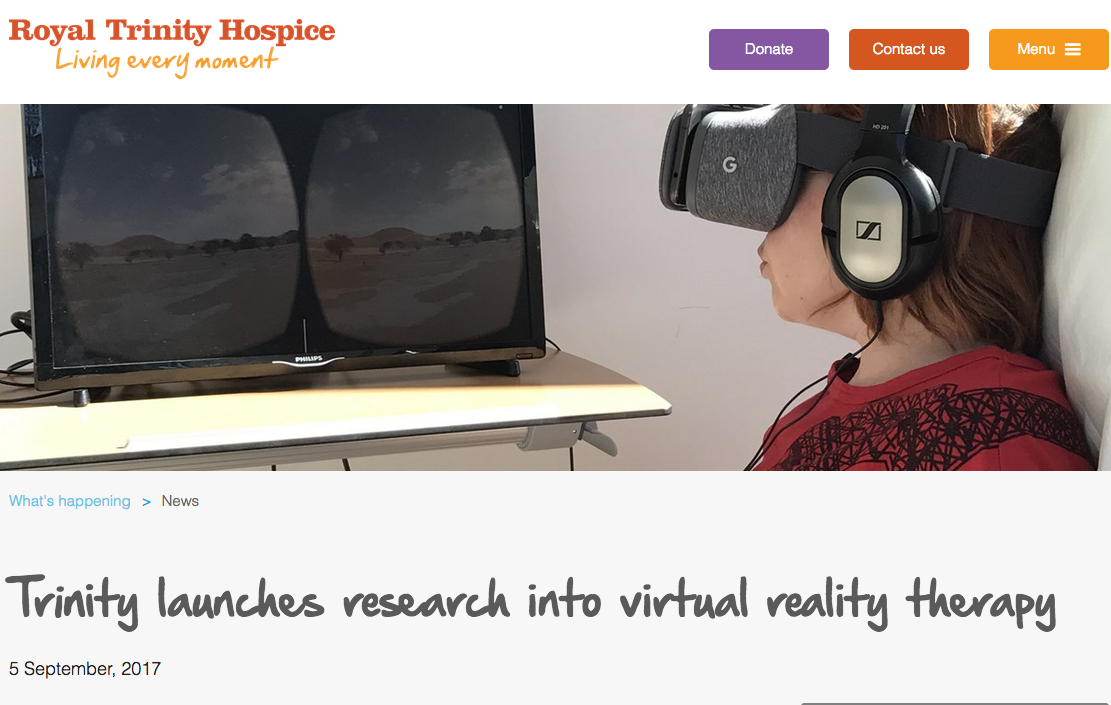 Leon here at Flix first introduced the management and staff at Trinity to VR around 8 months ago, and although we knew it was destined to be a big thing, we didn’t quite realise how far it would take us, or the hospice.

This exciting, year-long study into 360 VR film and how it might benefit people in palliative care, is a project that will hopefully help many people in years to come. Click HERE to read the full release.